Run Python in your browser

You found my user page on GitHub. The interesting stuff is on the individual project pages, like Live Coding in Python and Donimoes. You can contact me on Mastodon, on Twitter @donkirkby, or use e-mail if you’re old school.

If you’d like to help end the AIDS epidemic, come work with me.

If you’re wondering whether I can write anything besides code, check out my book of domino games and puzzles or my Stack Overflow profile:

I mostly use Stack Overflow to keep notes whenever I research a tricky programming problem, so it seems very odd to me that the site says those notes have helped several million strangers. Maybe you should try taking notes in a public place.

Here’s a list of some projects I’ve worked on. Let me know if you find any of them useful or fun. If you’d like to collaborate with me in your spare time, talk to me about one of these, or check out some of my other ideas.

Board Games and Puzzles

You can find descriptions of more projects at my blog.

What’s in the Picture? 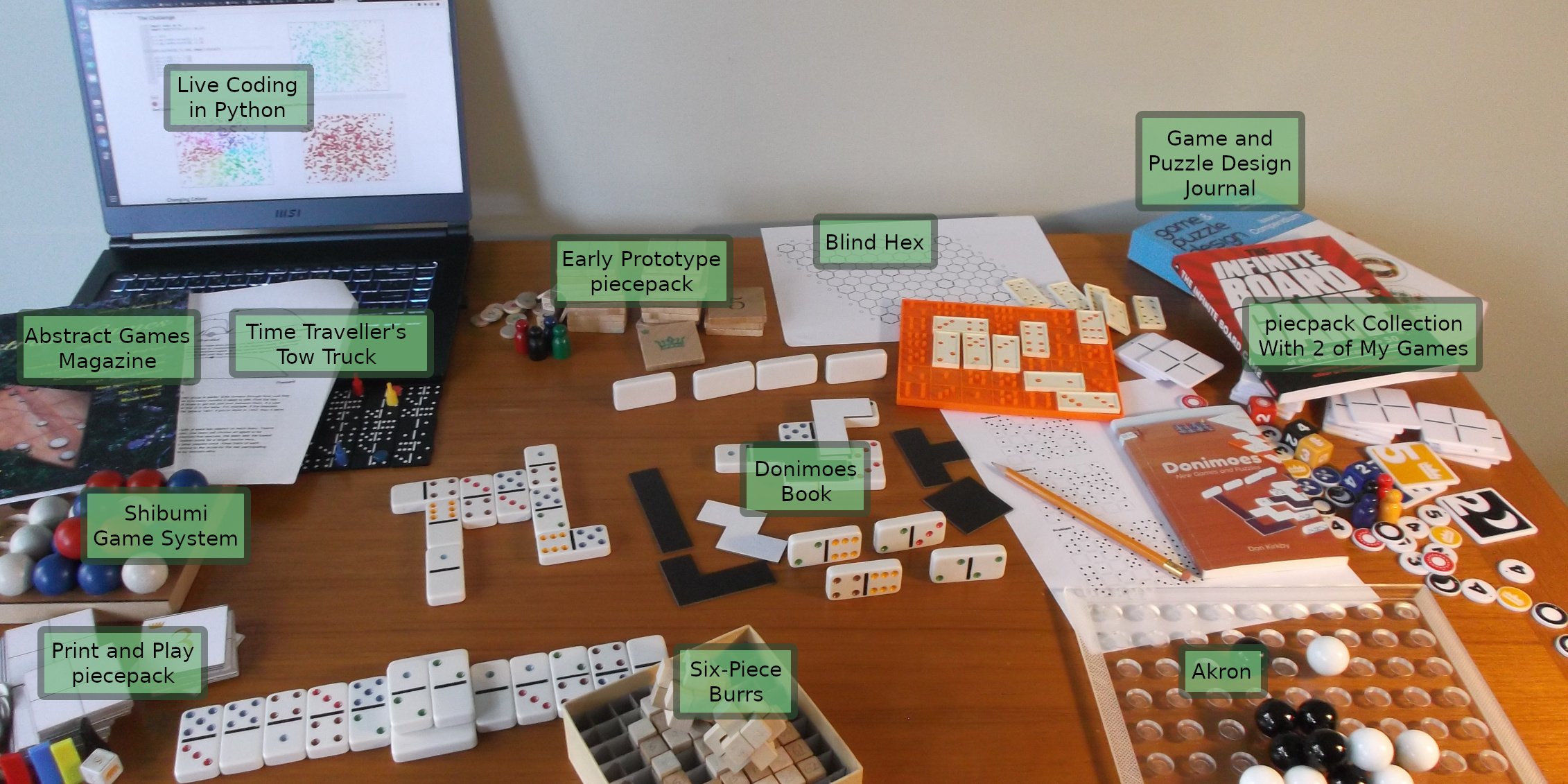